This report explores a few key statistics that paint a picture of the Birmingham area economy. This is the fourth edition of the newly reinstated Porter, White & Company Birmingham Area Economic Report, which is published quarterly. The results in this report are the best of the reports we have published thus far.

The chart below shows a snapshot of findings for the last twelve months from March 31, 2014 to March 31, 2015. In summary, the Birmingham area economy showed positive growth in all areas shown on the chart, exceeding the national pace in retail sales and electricity sales. The report also includes a section on employment statistics, as jobs are the most important indicator of economic conditions. The Birmingham area labor force participation rate, while improving, has been consistently below the national average. 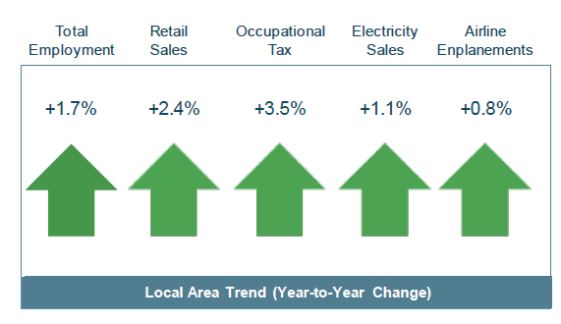 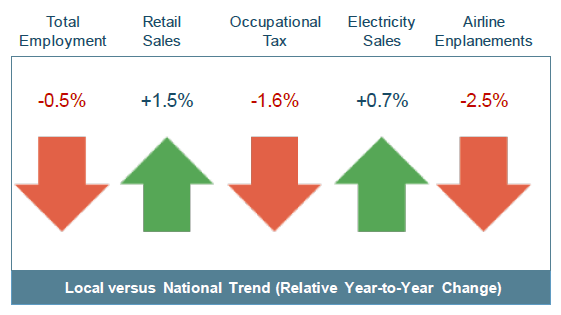