The most important decision made by an investor in marketable securities is how to allocate investment capital among debt and equity. To help our investment advisory clients make the debt-equity decision, we present information in thought-provoking formats, such as the charts “Pictures of Risk and Return.”

Pictures graphically illustrates the performance of different allocations of debt (bonds) and equity (stocks), represented by 5-Year Treasury Notes and the S&P 500 index, since 1926.[1]

We have chosen to use colors to describe investment returns. The colors are intended to correlate with the emotional state of investors as they confront different market conditions. Red represents the shock, awe and depression experienced by investors as markets descend into a ditch. Light green stands for relief felt as markets come back from the bottom. Dark green implies the rush of seeing markets ascend to new heights.

The monthly returns of the S&P 500 index are illustrated in Figure 1 on page 3 with the months along the horizontal and years going down the vertical so that the chronological progression is read like the words on this page. Each month has an arrow pointing up or down, signifying whether the monthly return was positive or negative. Annual returns for the calendar year are listed in the column on the far right. Color shading rules are applied as follows:

Pictures is effective in comparing different allocations among debt and equity investments.

Six different allocations are presented in Figure 2 on page 4 with each allocation identified as equity % / debt % in the top left corner and the value of one dollar invested in the allocation from the beginning of 1926 to the end of 2012 shown in the right corner of each Picture. As the eye moves down the page to lower allocations of equity, the impression of lower volatility, or risk, is apparent due to the decline in red and light green shadings. However, risk is evidently rewarded over time because the ending value of the investment is greater for the allocations showing a greater amount of red shading.

The following table illustrates one of the most important rules of finance: risk and return are directly related. As return declines, so does risk, and vice versa. The Sharpe Ratio measures risk adjusted return on a relative basis. A higher Sharpe Ratio denotes a better risk adjusted return. It is noteworthy that the lowest Sharpe Ratios in the table are at the extremes, all equity or all debt. This should give pause to the investor who is either an aggressive risk taker, investing all equity, or an aggressive risk avoider, investing all debt. 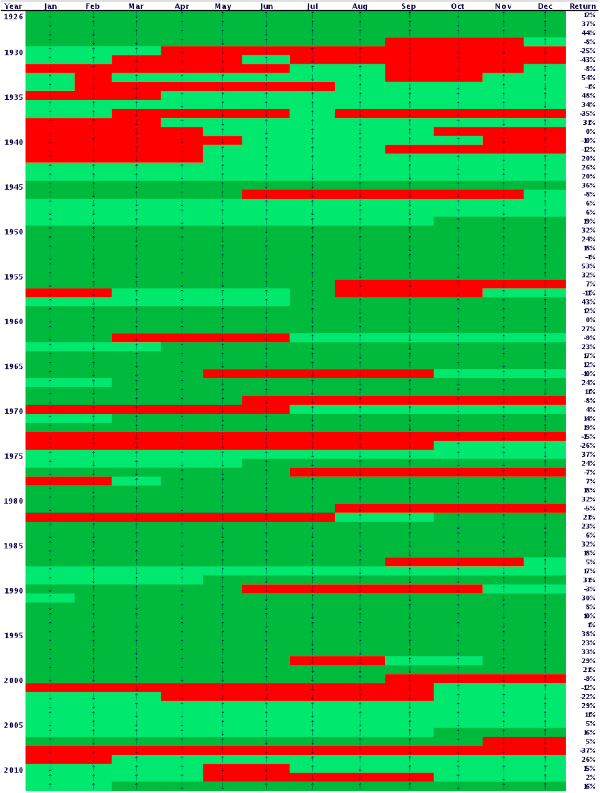 Figure 2: Pictures of Risk and Return 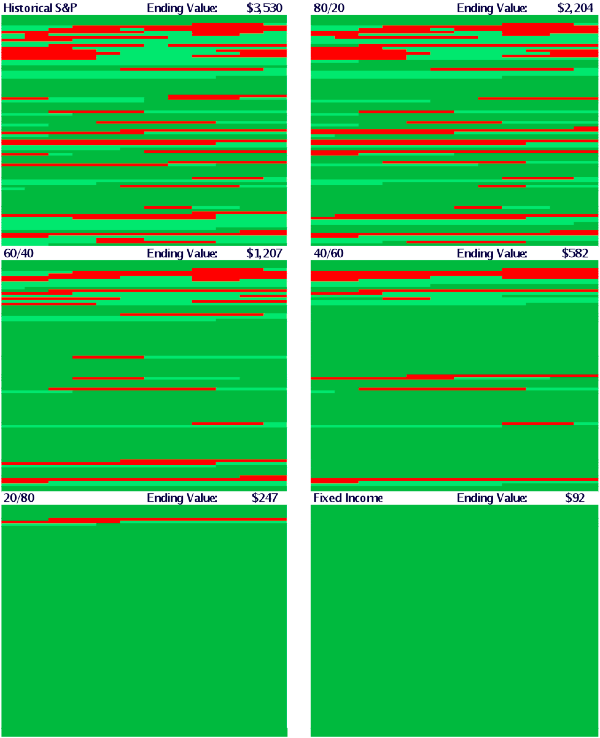 Pictures is “painted” for the purpose of fostering an intuitive understanding of the relationship between risk and return. Investors react to market events emotionally as well as rationally. We use pictures as well as statistics to address the emotional as well as the rational side of the investor’s personality.

[1] There are a number of cautions related to the analysis presented in this paper, including the truism that past results are not necessarily indicative of future results. See “Important Disclosures” at the end of this paper.
[2] The cumulative values referenced in these discussions reflect total returns, i.e. both increases and decreases in market values and dividends and interest payments.
[3] Value as of December 31, 2012 of $1 invested January 1, 1926.
[4] Volatility as represented by standard deviation is perhaps the most common measurement of risk. Volatility is not, however, a complete measure of risk.
[5] See Important Disclosures for more details on the Sharpe Ratio.

Sources and Descriptions of Data

Returns used to construct portfolios incorporating both the S&P 500 and 5-Year Treasuries are monthly, with the portfolios rebalanced monthly.