“Over 40 years, I have been privileged to learn from great people and work for great clients. I look for opportunities to make a difference.”

The Municipal Advisor Under Dodd-Frank 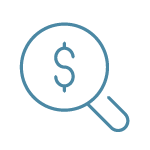 Jim White is an investment banker and lawyer with over 40 years of experience in public, project and real estate finance and development, and in middle market and venture capital corporate finance. He founded the predecessor to Porter, White & Company in 1975.

Jim’s professional career began as an associate at a large Birmingham, Alabama law firm where he worked in the late 1960s in diverse areas of municipal securities and public law, tax, mergers and acquisitions and corporate securities. His interest in public law led to a position as legal counsel to the University of Alabama at Birmingham (UAB) and subsequently to J.H. Shannon & Co., an investment banking firm that was one of the founders of revenue bond financing for health care institutions.

As legal advisor and subsequently consultant to UAB, Jim was a leader in funding a significant expansion of the campus of this post-World War II urban research university and medical center, including the original concept, tax, reimbursement strategy and financial structure of a medical faculty practice plan, the University of Alabama Health Services Foundation, which has supported the teaching, research, and service function of UAB. During his tenure at UAB, Jim was responsible for state governmental relations, including state appropriations required to support the programmatic and physical expansion of the University. Later he coordinated the innovative planning and financing of a world class outpatient facility for the Health Services Foundation. Jim has served as the investment banker for start-up biotechnology companies capitalizing on scientific discoveries at UAB, and in connection with numerous leveraged buy-outs, tax-exempt and middle market financings. Jim also works on valuation and fairness opinions related to corporate acquisitions and reorganizations and gift and estate tax planning, as well as expert witness assignments.

An important aspect of Jim’s work has been project coordination and financial planning for major private and public-private projects, including a green-field steel mill, an automobile plant site location, an airport restructuring and modernization, a convention and civic center expansion, and a water and sewer system restructuring.

For 22 years, beginning in 1977, Jim served as financial advisor to the City of Birmingham and its principal agencies and assisted the City in addressing the problems of a core industrial city with a declining population, low per capita income and changing economy by implementing development and financing strategies that resulted in job growth, improved infrastructure and civic amenities, a growing tax base, and improved credit standing.

Jim is a co-founder and member of the board of directors of the Public Affairs Research Council of Alabama whose mission is applied research and public education on public policy issues in Alabama.