The chart below shows a snapshot of findings for the last twelve months from March 31, 2016 to March 31, 2017. In summary, the Birmingham area economy continues to show some signs of positive growth, as evidenced by improvement in two of the five categories below; however, the Birmingham area continues to lag behind the national economy and comparable metropolitan areas. 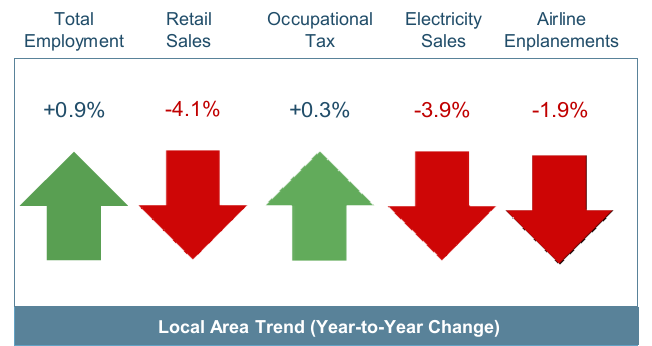 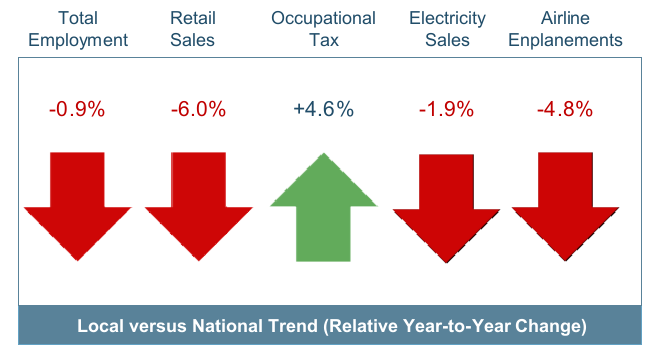