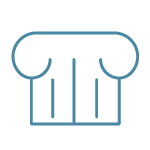 COVID has accelerated change in our economy, and banking is no exception. We all know the issues: (i) declining Net Interest Margin, (ii) the need to reduce costs and grow fee income, (iii) a potential shift from branches to digital.  These challenges are arising in a time when we are not sure of our bank’s credit quality, much less that of peers.  In our opinion, capital is the way to address these issues.

Capital allows a bank to build scale, and the fastest way for a community bank to build capital and scale is through mergers. If properly executed, mergers will lower costs and increase cashflow for reinvestment into fee generating products, growing ROA and franchise value.

This is not lost on the markets. The following graphs reflect 2,604 Community Bank M & A valuations since 2007, parsed by asset size of the acquired bank and dollar value of merger deals done by year.  These charts evidence two findings: (i) size matters…a $500m bank is 27% more valuable than a $100m bank and (ii) 2020 merger activity is at record levels, despite  carrying valuations 30-50% lower than acquisitions (for our purposes, “Mergers” are stock for stock deals, “Acquisitions” are cash for stock deals). The balance of this article will discuss why mergers are gaining popularity, and how this concept could be applied here in Alabama.

Community Bank Merger Activity Since 2007: Deals with Target Assets < $1B

How do Mergers Differ from Acquisitions, and why are Mergers Popular now?

COVID has changed these valuation propositions as follows.

Beyond COVID, if your bank directors, management, and shareholders have a three to five-year investment horizon, we believe acceleration of digitization and the reality of a very low rate environment require scale will meaningfully impact your return. We believe the additive capital accumulation from selling shareholders entering the consolidated equity base provides a bank the “firepower” to successfully execute mergers and build scale much faster than capital constrained acquisition transactions.  Further, it is our contention that community bank mergers of similar size and geography carry manageable integration risk.  Directors and officers probably know each other from common business or civic interests, credit portfolios are similar and IT infrastructures are not complex. These factors provide a solid platform to build out a merger strategy and enhancing shareholder value.

How Have Mergers Performed?

Mergers are frequently criticized for not meeting projected synergies due to inefficiencies associated with management and board level clashes. Our findings do not support this conclusion. To evaluate this concern, we reviewed 12 merger and 203 acquisitions that occurred in 2016. For comparability to Alabama’s community banking landscape, we focused on deals involving total assets approximating $500 million. We then calculated the 2016 ROA and Efficiency Ratio weighted by asset size of the merged banks and compared those results to the actual ROA or Efficiency Ratio of the consolidated bank at FYE 2019 or when the bank was sold.

Our results indicate ROA improved 12 basis points with mergers and 15 basis points with acquisitions, essentially the same result. Interesting to note that mergers achieved enhanced ROA through cost cuts, while acquisitions grew through revenue enhancement.  It therefore appears small dollar mergers perform as well as acquisitions in delivering enhanced profitability to their shareholders.

The following maps represent a county view of Alabama’s banking market based on the headquarter location for 105 banks and savings & loans under $2.5B in assets. Counties in green indicate the presence of a bank headquarters of the size indicated in the map title. The darker the shade of green, the more banks headquartered in that county.

Given our belief that Alabama banks in close proximity to one another probably have a good idea of each bank’s management style, culture and credit book, we believe a merger of banks of similar size in nearby markets could achieve scale economies to enhance ROA and build capital to pursue bolt on acquisitions, thereby building shareholder value.

If you are a shareholder, director or officer of a community bank and have a three to five year investment horizon, a merger with one or more peer banks in nearby markets may provide an opportunity to maximize your return and better serve your community.  Determination of an equitable exchange ratio and development of a logical, easy to execute merger plan is critical to a successful transaction. These services are core skills of community bank focused investment banks.